Rinse picks up, professionally cleans, and hand-delivers your dry cleaning and laundry to your door. Taking care of your clothes has never been easier.
Get $5 off your first order

Watch how it works

What to expect on your first Rinse.

At 5:30pm on the evening of your scheduled pickup, you'll receive a text message with a 30-minute estimated time of arrival for your Valet between 8pm and 10pm. Your Valet will bring your personalized Rinse bags so you have everything you need to use Rinse. All you have to do is have your clothes ready in a hamper or pile by the door.

All pickups and deliveries are no-contact. Your Valet will walk you through your first socially-distanced pickup and answer any questions you may have.

Once we pick up your clothes, we'll take them to one of our vetted local cleaning partners. You'll receive a detailed email including the list of items you've entrusted to our care. Your clothes will then be inspected for stains and items that shouldn't be washed, and professionally cleaned according to the service you selected.

We'll send you a text message on the morning of your scheduled delivery to confirm your delivery between 8pm and 10pm. Once confirmed, you'll receive another text message at 5:30pm with an estimated time of arrival for your Valet. Your Valet will deliver your clean clothes, ready to wear!

Schedule a Rinse when you need it via text, rinse.com, or the app.
Service is available 7 days a week between 8pm and 10pm — even if you’re not home!

Enjoy the extra 3 hours you save each week with Rinse while your items are expertly cleaned by masters of clothing care with decades of experience.

Relax with delivery right to your door. Standard turnaround is 3–4 days with Rush options available .
On your delivery date, we’ll text you at 5:30pm with your Valet’s ETA.

We offer pickup and delivery if you can’t be present between 8pm and 10pm.

Our Valet will pick up or deliver your order to your doorstep or concierge, at which point you’ll receive a text with a photo showing where your items were left.

You can enable Rinse Drop on any (or all) of your orders.

We offer Next-Day Rush Delivery for Wash & Fold orders* for an additional fee of $5.00.

Simply let your Valet know upon your pickup. There’s also an option to set a permanent preference for Rush Delivery in your My Account page.

*2-Day Rush Delivery for Dry Cleaning orders is temporarily unavailable due to COVID-19.

East Bay residents get $5 off your first order!

For your everyday laundry needs. Clothes are returned washed and neatly folded, including paired socks!

We check your pockets, separate your lights and darks, follow your pre-selected cleaning preferences, and never wash your items with anyone else’s. 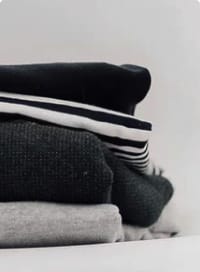 Our all-inclusive Wash & Fold service, priced per bag, not per pound, with savings up to 56% compared with Pay-As-You-Go. 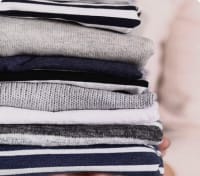 Perfect for anything you want cleaned, pressed, and returned on a hanger.

We’ll email you a photo of each item in our care, treat stains, clean the clothes, and press them by hand.

Priced per item, with a $30 Minimum Order.

Oakland is known nationwide as a center for civil rights and activism. Did you know that the first American dry cleaner was an abolitionist and the first African-American to hold a patent in the United States?

Thomas Jennings (1791 – 1856) was an African-American entrepreneur, inventor, and abolitionist.

Born free in New York, Jennings worked many jobs until he found his footing as a tailor. Highly skilled and well-respected in the community, people would come from far and wide for his services. One of those services was "Dry Scouring" a method that he patented in 1821 and what we today call "Dry Cleaning." With his success as a tailor and earning from his patent, he was able to open up his own store, which became one of the largest clothing stores in New York City.

History would be proud of Thomas Jennings for his entrepreneurial and inventive success alone - especially considering that he accomplished so much as an African American years before the Civil War and Emancipation - but what makes him truly incredible is that he spent the bulk of his early earnings paying legal fees to free his wife and children from slavery. Although he was born free, his wife was not and because of that, slave owners had a legal right over the future of his children. Even after his family was legally freed, he devoted the lion's share of his time and money to abolitionism and African-American civil rights.

Thomas Jennings legacy is not just his patent or the abolitionist organizations that he helped found and fund, but also through the children that he and his wife raised. After their daughter, Elizabeth, was forcibly removed from a "whites only" streetcar in New York City, she sued the streetcar company and won in 1855. She was awarded damages for the harm that the forcible removal had caused her and the next day, the streetcar company desegregated its cars! Within 10 years, all streetcars in New York City were desegregated. For context, it wasn't until The Civil Rights Act of 1964 (100 years later) that all state and local laws requiring segregation were overturned.

So, the next time you have something dry cleaned, just remember the incredible man that invented the process and the good he did for our country.

What your Oakland neighbors have to say

Love Rinse. They are great about reminding you, giving you a window of when they will be there to pick up and update you all by text. Not home, no problem. You can leave your Rinse repeat back on your door and they will pick up and deliver without you being home if you want. The conscience is so good that I barely think to speak of the service. They separate and fold clothes by household member. Laundry smells fresh and is neatly folded. Not sure I could ask for more. Highly recommend.

Huge fan of their Wash & Fold service which I use about once every 10-14 days. It's been especially helpful when I've had a busy week and don't feel like carving out time to do my laundry.

Love it. Very happy. Nicely folded clean clothes returned. [The Valet was] friendly, on time, let me know when she was about to arrive.

Who uses Rinse in Oakland:

These are the most popular brands dry cleaned in the East Bay over the last year.

The weather in the East Bay is great more often than it's not. Most of the other cities we serve all have Coats and Jackets in their top 5.

Save time and your sanity when you leave the laundry errands to us.

How Often You Should Clean Coats and Jackets

How to Dress for All Wedding Events

The Ultimate Guide to Caring for Your Suit