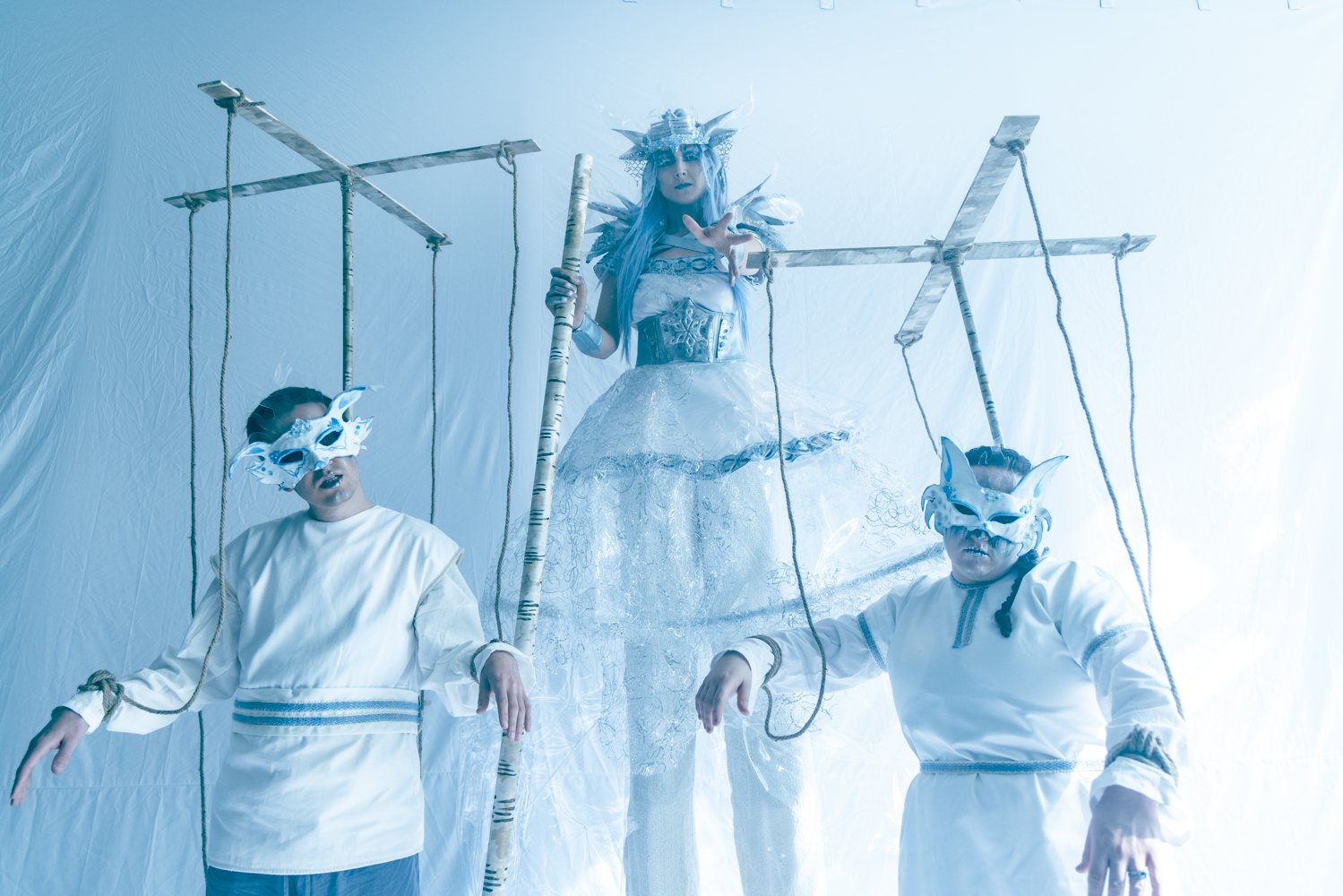 We interviewed costume designer Anna Glowacki to learn all about textiles that are gaining popularity, what inspires her designs, and the busiest time of the year (hint: it’s Halloween!)

By Rinse Team In Time

The month of October is all about scary movies, jack o'lanterns, and Halloween costumes. Whether you’re grabbing something from Spirit Halloween or thrifting a costume, we’re all thinking about what we’ll be wearing on October 31st. For some people, though, costumes are on the mind all year long.

In honor of Spooky Season we interviewed Anna Glowacki, a costume designer by trade, to learn about her fantastical world of creating custom costumes year round. Of course, Halloween is the busiest time of the year for Anna but it doesn’t stop there. This costume connoisseur shared insight into everything from design inspiration to textiles to her own care tips. You can hardly call Anna’s costumes DIY, but she certainly made them herself.

Anna Glowacki has been in the costume design industry for almost 18 years. As a little girl, she wanted to be one of two things: a fashion designer or mermaid. She began sewing clothes for her dolls at a very young age and eventually went to college for fashion design. While studying fashion, Anna realized she was drawn to costumes over fashion, as her designs tended to be more conceptual and less “sellable” than typical fashion designs. 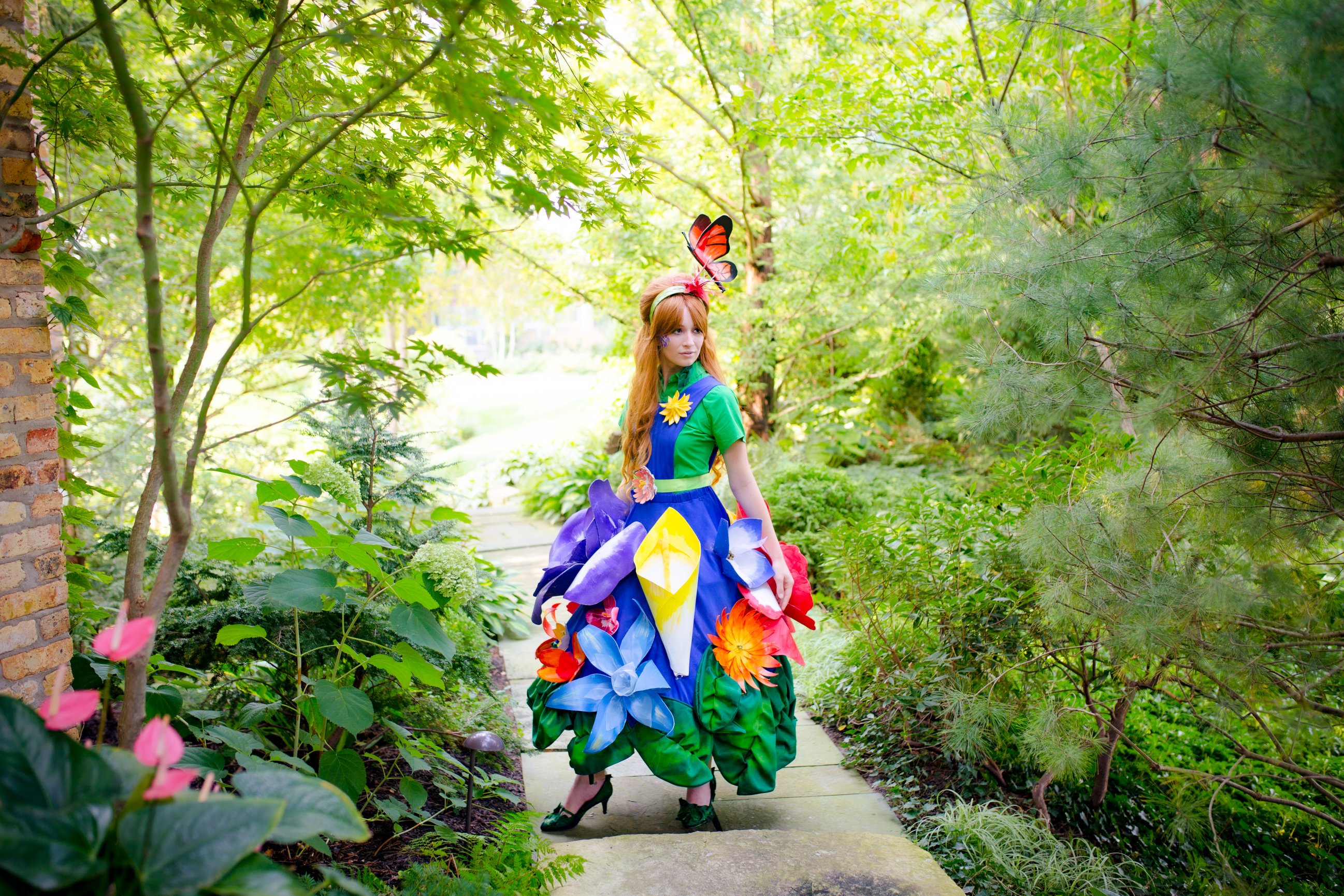 “I’ve always liked the one-of-a-kind-ness of costume design,” says Anna. “The way I can make one or very few of them and not have to worry about mass production. Instead they just have to tell a story on a stage or on a person.”

After designing for theater for several years, Anna found her niche in designing for movement and began working with circus and dance companies. She was soon getting requests from professional clowns, wrestlers, and ballroom dancers.

“Sometimes with theater you have a text or script that you really have to fit into the character. My designs were a bit crazy and wild, so some directors would tell me I was a little too nuts for them. When I started designing for circus and dance shows they were often all about what the performer was wearing. That’s where I started getting more and more inspired.” 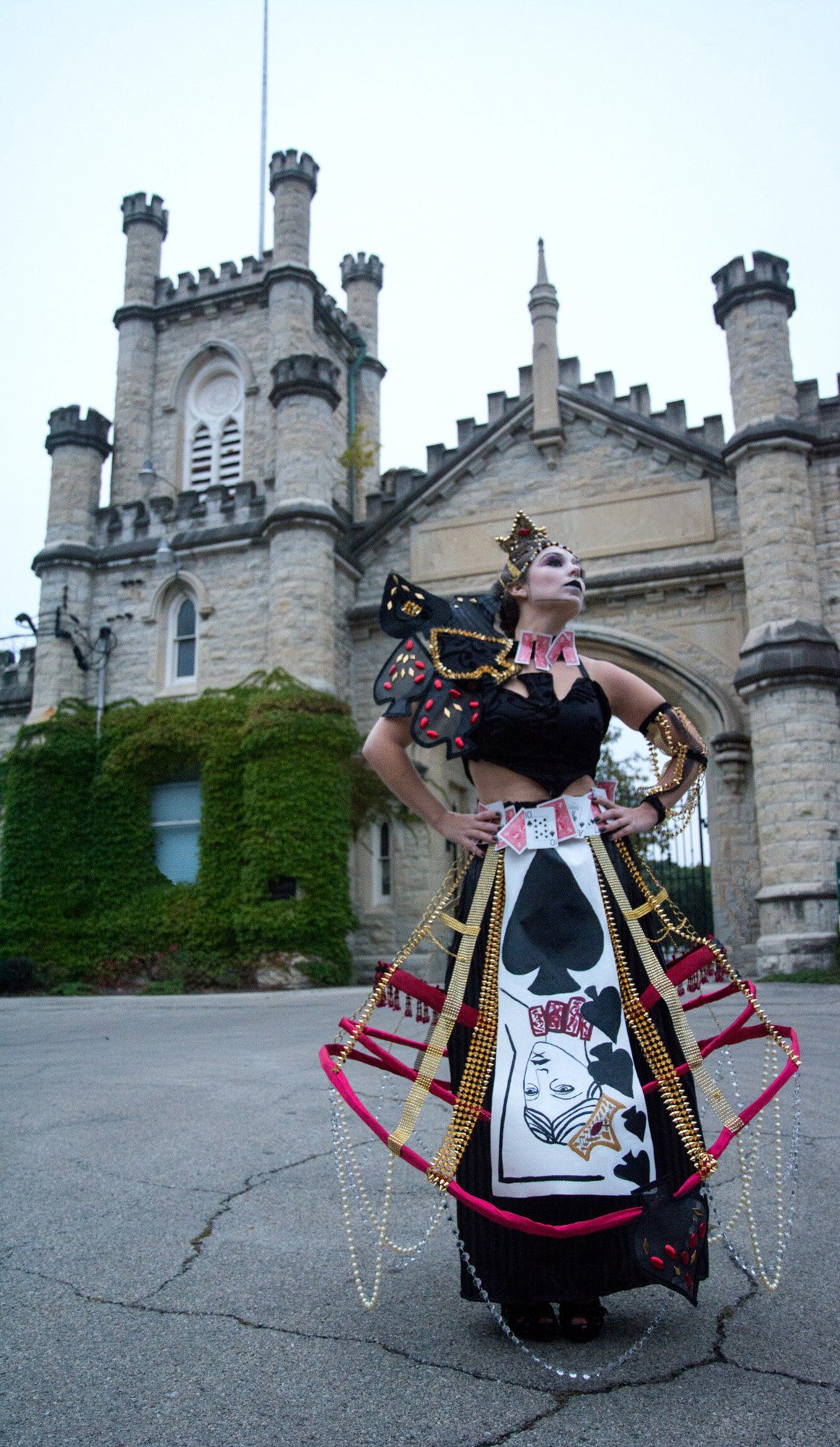 "The Queen of Spades" Photo by Andy Marfia Photography

Anna isn’t scared of working with different types of fabrics and textiles. “I’m always into what’s new and interesting,” she says. “I love to see what new fabrics are out there and anything that’s different from what I’ve seen before.”

So what are some of the up-and-coming materials that Anna has noticed at fabric stores? Neoprene (the material used to make wetsuits), stretch leather spandex, and lace with unusual cutouts - to name a few.

“I’ve been seeing different types of lace out there with different cutouts,” says Anna. “Lace used to be just florals but now I’m seeing things like vinyl cutouts on top of lace or different textures and patterns. I recently made a costume for someone where the lace had a branch design on it instead of flowers.”

Anna finds inspiration from everywhere, but especially from nature and animals. When she’s designing for a specific era, she goes beyond just looking at the fashion trends from that time period. “If someone wants to get a 1920s costume made, I won’t just go look at images of 1920s flapper costumes. I’ll go back and look at the decade and the architecture and art deco designs and colors that were used. I try to look at the whole picture.” 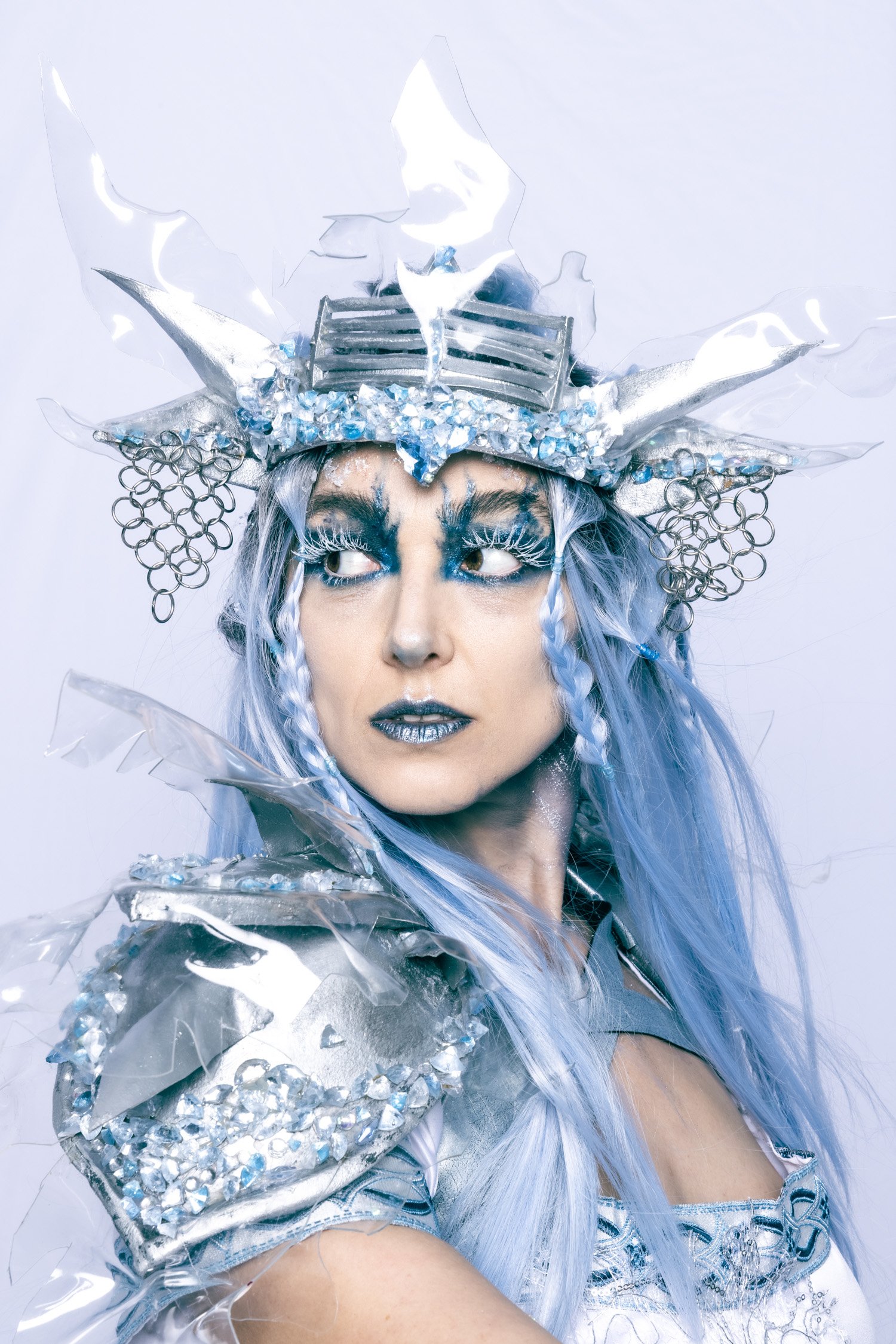 Anna has learned plenty of clothing care tips throughout the years behind the scenes. Her nightmare fabric to clean is white spandex or satin. Anna suggests that if you get a stain on these materials, don’t bother trying to spot treat them because the stain will just run down the entire garment. Instead, you need to go ahead and wash the whole thing.

One of Anna’s favorite costume creations of all time is her Viking Ice Queen, a character on stilts that serves food at corporate parties. For this costume, Anna made a giant hoop skirt out of crushed plastic made to look like ice and giant shoulder pieces that appear iced over. She also goes all out on her own Halloween costumes. This year, Anna will be dressed up as an interactive human coloring book. Her costume will feature long kimono sleeves that open up like a book, allowing trick-or-treaters to color in the pattern.

Halloween is all about dressing up in fun outfits that you might not be able to wear on a day-to-day basis. It gives us all a break from our normal wardrobes and is the one night of the year where we can transform into another character. On November 1st we’ll pack our costumes away (read our care tips on how to keep your Halloween outfits fresh), unless you’re Anna Glowaki who will be busy sewing her next big thing. 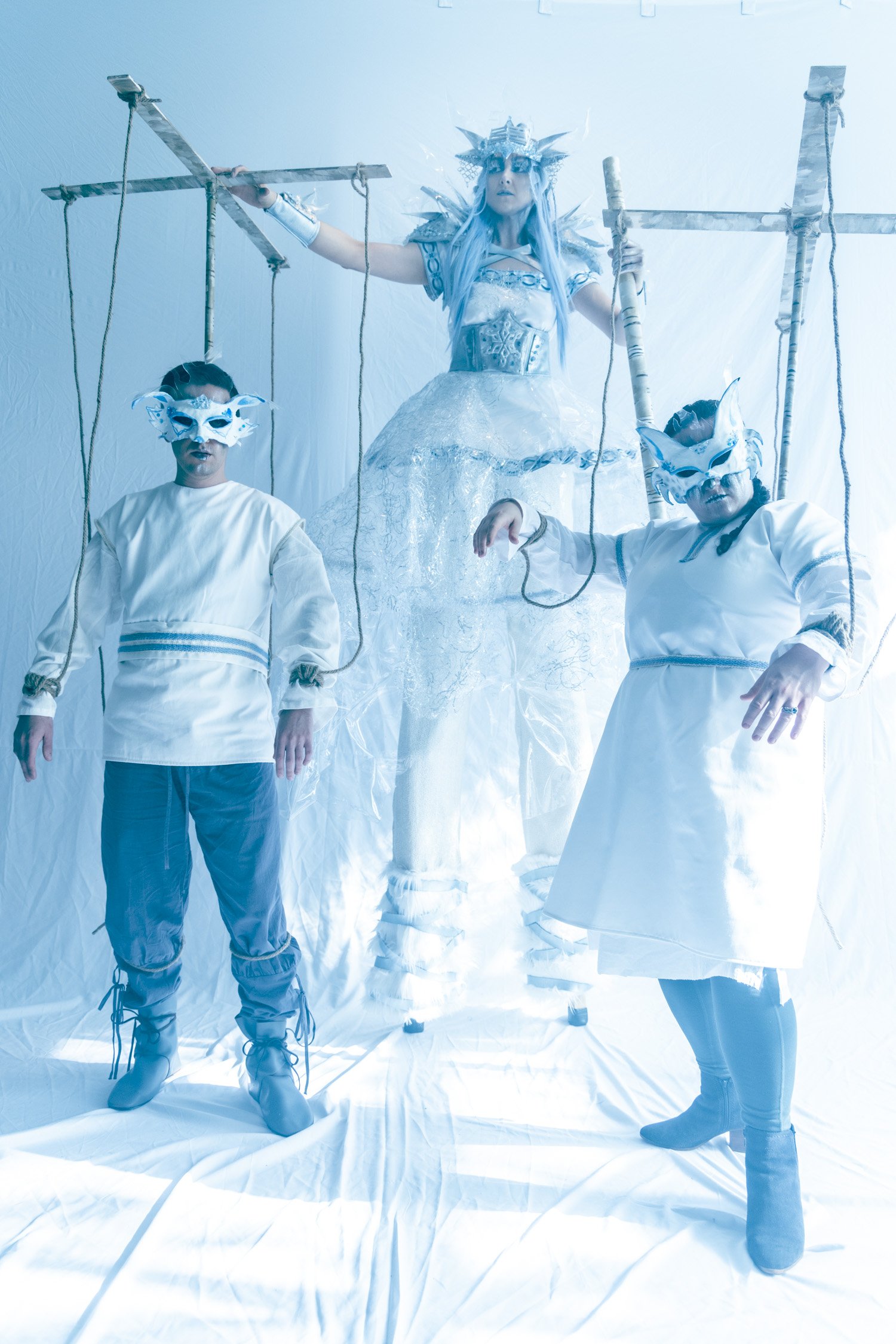 "The Ice Queen and her Minions" Photo by Kirsten Miccoli

Save time with Rinse

All your dry cleaning and laundry, professionally cleaned and delivered to your door.